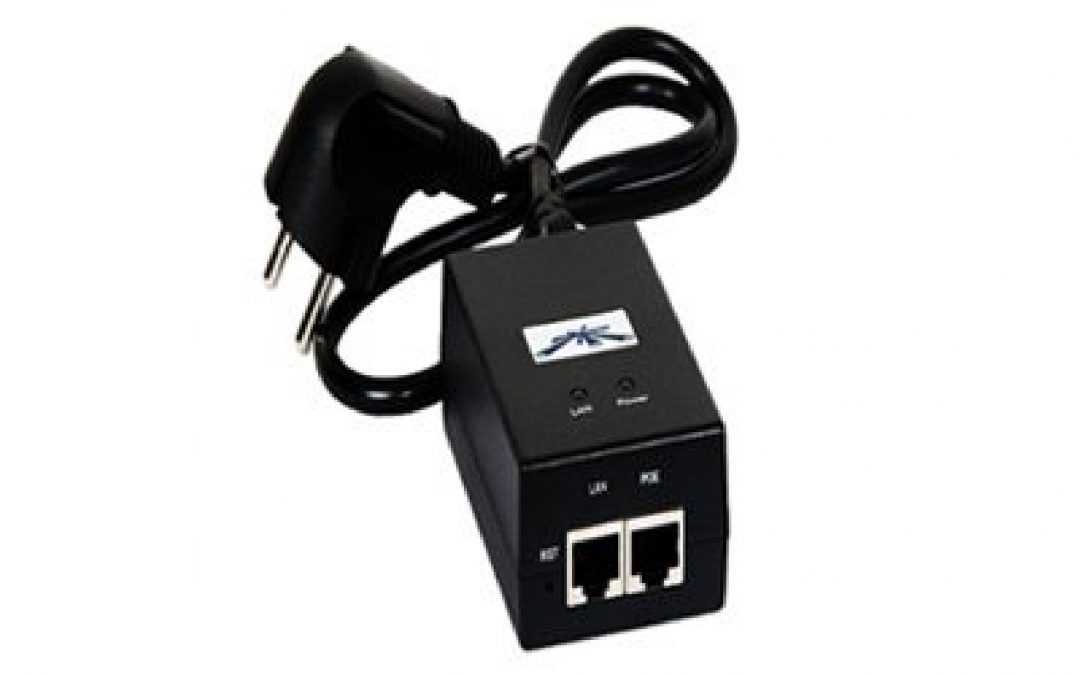 Power over Ethernet (POE) and Adaptor describes any of several standardized or ad-hoc systems which pass electric power along with data on twisted pair ethernet cabling. This allows a single cable to provide both data connection and electric power to devices such as wireless access point, IP camera, and VoIP Phones.

There are several common techniques for transmitting power over Ethernet cabling. Two of them are standard of IEEE 802.3 since 2003. These standards are alternative A and alternative B. For 10BASE-T and 100BASE-TX uses two of the four data/signal pairs in typical CAT-5 cable. Alternative B separates the data and the power conductors, making troubleshooting easier. It also makes full use of all four twisted pair, copper wires. The positive voltage runs along pins 4 and 5, and the negative along pins 7 and 8.

A transports power on the same wires as data for 10 and 100 Mbit/s. This is similar to the phantom power technique commonly used for powering condenser microphones. Power transmits to the data conductors by applying a common voltage to each pair. Because twisted-pair ethernet uses differential signalling, this does not interfere with data transmission. The common mode voltage is easily extracted using the center tap of the standard Ethernet pulse transformer. For Gigabit Ethernet (1000BASE-T) and faster, all four pairs transmits data, so both Alternatives A and B transport power on wire pairs used for data.

In addition to standardizing existing practice for spare-pair (Alternative B) and common-mode data pair power (Alternative A) transmission, the IEEE PoE standards provide for signaling between the power sourcing equipment (PSE) and powered device (PD). This signaling allows the presence of a conformant device which is detected by the power source, and allows the device and source to negotiate the amount of power required or available. Up to 25.5 W is available for a device.

Power over Ethernet or PoE, is the technology used for power transmission in network equipment, via network UTP cable, together with data. PoE is useful in situations when we want to connect network devices that are far away from a power source. In this situation we take advantage of the Ethernet cable, because there are 4 pairs of wires, but for the majority of networks, only 2 pairs are used for data transmission. PoE uses 2 unused twisted pairs, for electrical transmission needed to power the device. There are several architectures of PoE and many of them existed before the technology being standardized, due this fact not all types of PoE are compatible.

The Ubiquiti POE 15-12w Power over Ethernet  injector provides PoE power for a single IP camera or other device by “Injecting” DC power through the CAT5 Ethernet cable. This POE injector, also known as a PoE mid-span, connects via CAT5 Ethernet cable inline with your network switch or router. Ubiquiti POE 15-12W adapter will work with all POE enabled IP security cameras.  It is compatible with equipment supporting the IEEE standard PoE pinout (Pins 4&5 Power + / Pins 7&8 Power -), 802.3 af.  PoE injectors allow Ethernet, a common LAN (Local Area Network) protocol, to carry DC power along with data packets.  This device takes AC 100-240V 50/60Hz input and outputs DC15V – 800mA or 12 watts.  CCTV Camera Pros has found this POE injector works with all of the POE enabled IP cameras that we supply and virtually all cameras on the market.

The (15 VDC, 12W), Ubiquiti POE 15-12W UniFi Poe Adapter provides valuable protection to your expensive computer equipment. This item is compatible with most Ubiquiti devices, including airFiber, airMAX, airVision and mFi. It also provides a variety of features to help protect your device, such as maximum surge discharge, peak pulse current, clamping protection and an AC cable with ground. The 15V PoE adapter delivers protection against electrostatic discharge attacks in your network.